What a past few days and weeks it has been. Sorry I haven’t been in touch, I too have been quite busy, though sadly not in the same way the band are, I am yet to release my first album, let alone fourth…

How have you been?! Have you been keeping up with the band? In case you’ve missed some of the latest updates, here is what the band have been up to recently.

On Saturday the 30th of March, Two Door played the Oval Space with support acts from fellow Prolifica bands Anteros and Circa Waves (both of these have recently released albums by the way basement people, check them out!). I sadly wasn’t there, so I’ll let fellow basement person Steve share his thoughts on the event!

So myself and my girlfriend Joanne love music and live gigs. We like lots of music but probably like a lot of ‘Basement People’ Two Door Cinema Club are ‘our band’. We both love their tunes and seeing them live.
Thanks to social media (and this group 🙂 I spotted this ‘intimate’ gig was going onsale – so went for it and was lucky to get 2 tickets.
This was going to be the 5th time we had seen the band and the first time for a long while.
We got up to London quite early (despite our bus breaking down on the way to London 🙁 We planned to find the interactive Bill Board in Shoreditch not too far from the gig venue – we found it but it had been replaced by a new poster for another band…!!
Anyway we got to the gig and the space was small – really small for a TDCC gig. Other times we had seen them had been 2000-3000 people and this was going to be around 1000 – and less than half that when we got in.
We found (what we thought was) a good spot right in front of the mixing desk and stayed there to see the support acts – who were both great – the crowd for Circa Waves was ‘a bit lively’ but a lot of fans seemed to love their set. Anteros were first on and for me the singer had a ‘Blondie’ style about her – good voice too.
The highlight before the main act was right before Anteros came on Alex basically came and stood right next to us (less that 8 feet away anyway) we missed our chance to say hello though unfortunately as he moved to the back and then up to a small balcony area to watch the support bands.
We ended up moving closer for the start of the Two Door set and when it all started it did get a bit lively again – they came out and played the new single first which was greeted with a great deal of enthusiasm in the crowd – it sounded great. We were getting barged about a bit too much so moved back a bit into a more sedate corner – though everyone was dancing and singing along everywhere I looked – which was great to see.
What always impresses me about TDCC is how much energy they have onstage (and Alex unbelievably wore a roll neck top and jacket for the entire set – and it was super hot in the venue). They played awesome song after awesome song – playing tunes form all 3 albums as well as Changing of the Seasons. Just a stunning 20 song set – ending with ‘Sun’ which is the song that got me into them as a band – with a great sing along from the audience.
An amazing experience to see them play in such a small venue – and they all looked like they loved playing the gig which was nice to see.
The next time we see them will be outdoors (in the sun hopefully) at Truck festival, near where we live in Oxford. Fingers crossed for some more new music before then (July).
When the gig ended we met another ‘Basement person’ (and her friend) who was really great to meet. Talking to her it struck me how TDCC appeal to a wide range of people – sure there were many under 25s in the audience but there were also fans over double that age I would say. Myself and Joanne are 10 years different in age and there is no band that I would say we both love equally like we do Two Door cinema Club. Was a really great night.
Steve

Thank you so much for sharing your story Steve! From what I could see on social media, the venue did look smaller than usual, in such a nice way though, like a big friendly party. I’m so happy the band played Talk and to such an enthusiastic crowd! I’m also impressed at how they opened with it…bold move Two Door, bold move! I like it! Were you also there basement people? What did you think of their performance?

It felt good to be back in the big smoke! Thanks to everyone who came down.
📸: @lukedyson pic.twitter.com/mP9R0XQVEE

The band have been quite busy over social media, a few days ago they shared this fantastic photo:

Thoughts?
They’ve also been sharing some cool news about how Talk has been added to different playlists or been played on different radios, such as this one:

It’s official. Talk is the Record of the Week on @RadioX all week! Shucks guys. pic.twitter.com/Kv0W5qW7JK

As for us, as you may remember, we launched a bit of a basement people project last month.

If you run a fanpage, please share our post/game, and if you’re a basement person, please get involved! Send us your photos via twitter, via the bands Basement People – Official Facebook Group or via your local fan page such as TDCCBrasil who will then forward them to us so we can share them all!

We haven’t got that many entries so far, however the ones we did get are so cool!

Last but not least, the band have announced yet another festival, which will have my fellow french basement people barely containing their excitement. Two Door will be playing Rock en Seine festival in Paris this August!

Paris, we have touch down! pic.twitter.com/NCYCnWV99l

I saw Two Door at this very festival back in 2016 and it was one my best Two Door gigs ever, I have so many happy memorires of that time and place. Music, sunshine and friends…what more could we want? I cannot wait to go back and see them again! Who else is hoping to go to this? Let me know and we can meet up! 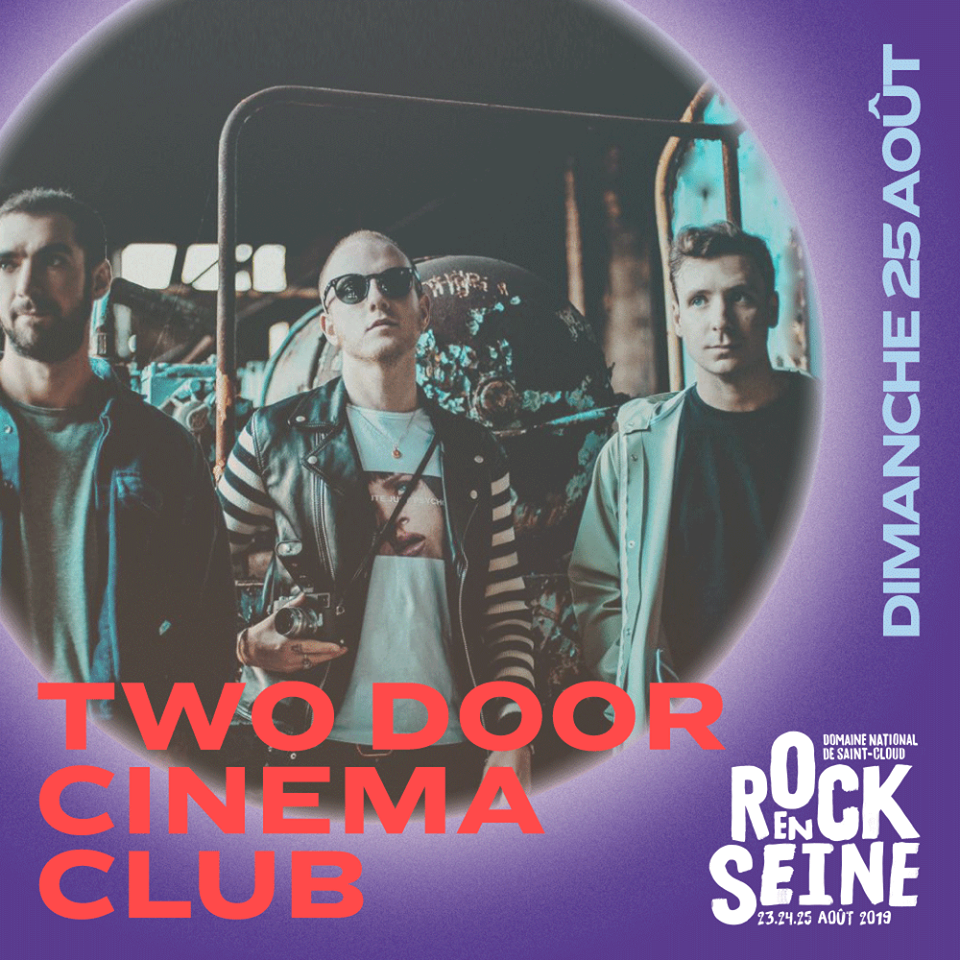 I hope you’re all well basement people and still listening to Talk non stop, patiently waiting for a new single, an album date, name, artwork or something!