Another (satur)day, another festival! Well…festivals!
The band have announced quite a few festivals since my last post, and what announcements they were!

These happened via social media, in the very same way Tramlines and Summer Sonic were announed – via mysterious, funny and enlightening short videos! You will find all of them on the band’s instragram account.

Two days ago the band announced two festivals. First up, a headline slot at Truck Festival on the 28th of July! To share this news, the band chose…well, a truck. Seems fitting, right? They also announced an amazing performance for the 25th of May, indeed  they will be supporting the wonderful Snow Patrol in Bangor! This is big news for a variety of reasons – they will playing alongside fellow northern Irish bands, including Snow Patrol who are huge, and they’ll be playing their hometown which is always an incredible moment for a band. Also, can we take a moment to appreciate Snow Patrol’s kind words about them?

We’re thrilled to announce our good friends, Bangor natives and one of the biggest bands ever to come from Northern Ireland @twodoorcinemaclub will be joining us at Ward Park 3 this May!

What do you guys thnk about the rest of the headline? Are you hoping to make it to this incredible event? All I can say is it’s going to be one hell of a show!

Finally, yesterday the band announced yet another headline slot! Proud basement people, am I right? Two Door will be headlining Y Not Festival on the 27th of July! 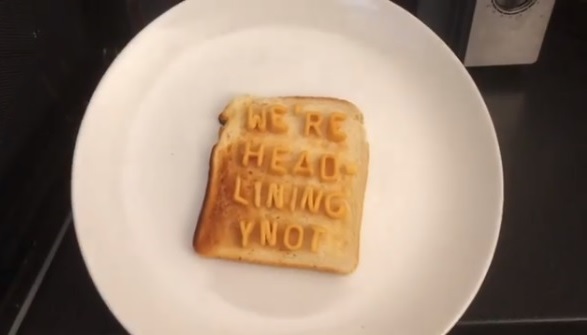 This announcement video is my favourite so far, what do you think? 100% of the people who voted on our instagram story agree!

Are you planning on going to any of there festivals? What do you think of the different lineups? Let us know on twitter and feel free, as always, to share your stories, photos, videos and much more!

My question for you basement people is – who do you think comes up with these video ideas and who is filming them? If you have any idea, let us know on twitter also!

No news on album four just yet, though I do feel something will drop soon enough.. So stay tuned, we’ll keep you updated!