The Basement People are back!

The Basement People are back!

How is everyone?! It’s been quite a while! What can I say, so far it’s been one of those years. Times flies, life happens…and somehow you’ve so much Two Door news to catch up on! You know how it is, am I right basement people?
You also may have noticed we had some technical issues with the website, luckily enough we’re all good again and back in business! Let’s get this started!

So! Where to start? Olivia has already covered a bit of summer 2018 here. As much as I’d love to cover Community Festival I saddenly couldn’t make it, however Olivia and Maybrit were both there, met up (amaziiing) and had the time of their lives! You can expect a post from them preeetty soon, in the meantime I can always dream…

Though, I’m far away, I know I’ll stay right there with you.

London, what can we say… yesterday was a big moment for us. Thank you! @communityLDN pic.twitter.com/hRtetLdTFU

We’ve also missed a few birthdays, though we did cover Sam and Kev’s via twitter. A huge (and belated) happy birthday to the wonderful Sam Halliday, the amazing Kevin Baird anf of course the one and only Ben Thompson! We hope you all had the best birthdays and wish you all the best for yet another year!

(Who else is looking forward to an Alex montage?)

And finally, the big news we’ve all been waiting for since Gameshow..

The boys are back in town

Yup, you read that correctly. The boys are back in town! What does that mean you ask? Well, it seems to me that the boys are about to drop a new album.

The boys recently announced that album number four will be finished next month! Though it won’t be out for a while according to Alex, it’s still definitely something to looking forward to! It’s hard to know what to expect now, with such a difference between Beacon and Gameshow.. Will they do something along the lines of Gameshow, something completely different?! Do let us know what you think on twitter! 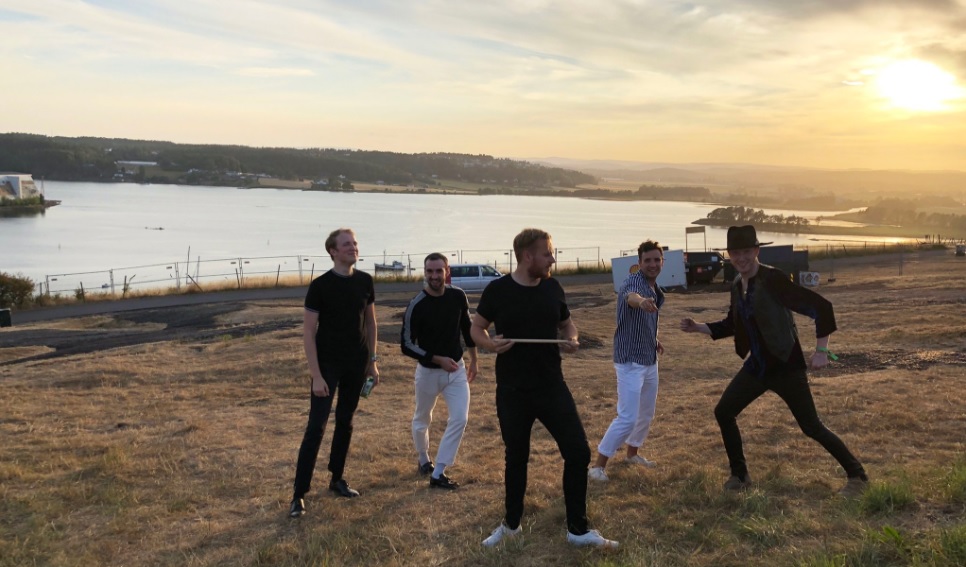 On a more personnal note, I’ll be seeing the band in less than two weeks at Fête du Bruit in Landerneau, any fellow basement folks going? Let me know!

I’m off for now but will definitely be in touch soon, if not with some exciting news about the new record, some photos from my own upcoming Two Door adventure: