It’s less than a week until Gameshow, so here’s a little post with a few things to help you guys.

First of all, we have quite an exciting competition going on at the moment. By answering a simple and fun question, you could be in with a chance of winning two tickets to see Two Door in Ally Pally in February next year!

Now, how can you win this fantastic prize do you ask? Well, I’d been thinking about what to do as a competition, and after hearing the album on Wednesday I came up with what I think is a pretty cool idea, so here it goes. You know the music you can hear in the trailer for the upcoming documentary by babysweet sessions, I saw the world today? Well, that’s a part of one of the songs off the album. All you have to do is guess what song it’s from & I’ll pick a winner at random amongst the people who get it right! Just e-mail me your answer with “Basement people Gameshow competition” and you’ll be in with a chance of winning! The competition starts right now and will end on the 13th of October at midnight GMT, so get guessing!

Click here for all the info, best of luck to you all and I look forward to recieving your entries! 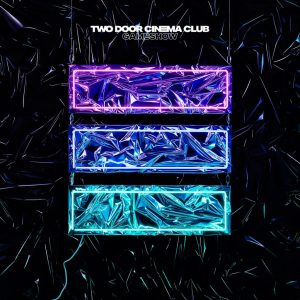 In other news, as you know the band have been playing a few more songs off Gameshow over in America. Click here to read our post on that. To give you a better idea of what their current setlist looks like, here is their setlist from the 5th of October:

This is bound to change from one show to another as they seem to be trying new songs live at the moment, and after the release of Gameshow I’m sure they’ll be introducing the whole album into their setlist, but it can give you an idea of what to expect if you’re seeing them soon! Thanks to instagram user and Two Door fan musicmusketeer3 for kindly posting this online, you may also read her show review here.

In other news, have you guys seen this?! Of course you have. What do you think?

I’ll be back later on today with a lovely story from a fan that should make you guys even more excited about our competition! Until then, have a lovely day basement people!