To the ‘#BasementPeople’, to ‘the Basement’

To the ‘#BasementPeople’, to ‘the Basement’ 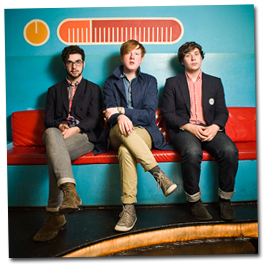 Two Door Cinema Club, a northern-irish band, sprang up from schoolboys (Alex, Kev and Sam) making demos of their tracks in a room above a garage. From these modest beginnings spawned a mass following of fans, some of which with high levels of devotion. With the success of singles What You Know, Something Good Can Work, Undercover Martyn, I Can Talk and Come Back Home and their album Tourist History fans were in their hoards. They gathered on Facebook fan pages, Tumblr, YouTube and in particular – Twitter. The Twitter aspect is an important part, we were using the hashtag #basementpeople, from the song Undercover Martyn. These sweet beginnings gave the name to the fans. We even got a mention on a radio interview between the band and Fearne Cotton.

The basement people ‘movement’ has really grown well over the past few months. It’s massive and I myself have met some fabulous people. Our existence on Facebook, Twitter and Tumblr is amazing, but I realised that Two Door Cinema Club are lacking something that other bands have… and that’s a fan site. But look around you – it’s right before your eyes. This site is a creation by the fans, for the fans. It is hoped that fans can continue to support it submitting pieces of content, ideas, covers, remixes, photos, videos – there’s no limit.

So what does the site really hold in store for you? We’ve compiled an extensive, complete discography featuring lyrics and versions of all of their known songs – including many unreleased tracks. We’ve bios of all the band members, and the band itself. We’ve videos, remixes, covers, wallpapers, downloads, t-shirt templates and even your pictures with the band. Furthermore, we’ve created a forum, so you can chat with your fellow #basementpeople. We’ll bring you the latest Two Door Cinema Club and #basementpeople news here!

We hope that you enjoy the site, perhaps even so much that you contribute something of your own to this massive #basementpeople collaboration. Thank you! 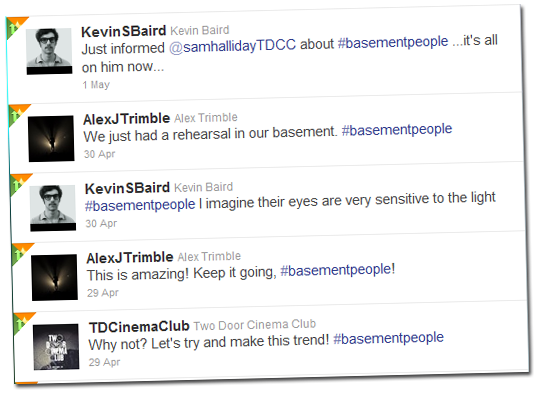