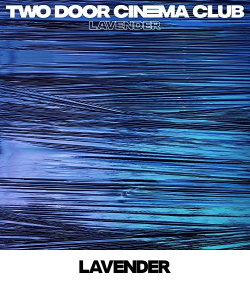 Lavender is the fifth single of the third studio album Gameshow. It was released on 24 February 2017 on iTunes as digital download. On 12 April 2017 the music video for the song was released, which was filmed at their second gig at Alexandra Palace in London (10 February 2017).