Basement people of the world!

After hearing new singles Talk and Satellite, how about we kind of sort of hear what the band have to say about this new chapter? We got a sneak peak with Desiree’s wonderul interview, though this was done at a time where the band couldn’t say much. The band have just released a very in depth BBC interview in which they openly discuss what is to come!

The answers to life’s eternal questions…come on guys, you aren’t that older than me! Does such wisdom await me, too? Though I suppose touring the world in the somewhat public eye helps with the whole wisdom thing…

I think the article is a very good read. It points out some facts such as the band finally being on the cover of one of their albums or their upcoming gigs.

The first time they floated the idea of appearing on their own album cover, Baird remembers the band’s management saying: “Guys, this is amazing! We’ve been trying to get you to do this for so long!” 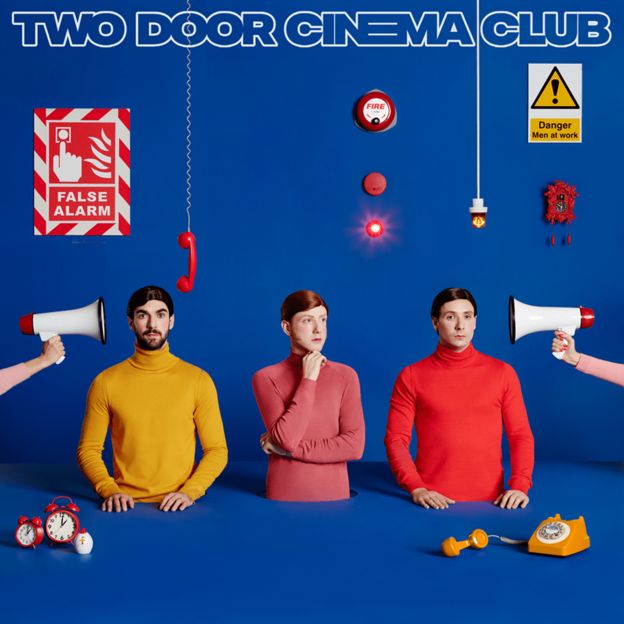 This summer they play one of the biggest sets of their career so far; a post-sunset slot at Glastonbury on Friday. “This year is huge,” Trimble says excitedly. “We’ve never played at night at Glastonbury before. Playing on a big stage when it’s dark, it changes everything.

They also discuss the artwork process and their work with the fantastic Aleksandra Kingo, if you haven’t checked out her work I suggest you do so real soon, it’s amazing!

Finally, the heart of album four is discussed, allowing us to make more sense or the title and the artwork, but also imagine what is to come!

“A lot of information reaching us instantly is unwanted, or unneeded,” he stresses. “Every time our phone buzzes, or something goes ‘ding!’, there’s an element of anticipation. It can be a little bit anxiety-inducing. And that’s where the name False Alarm came from, because most of it is needless.”

What do you make of this interview basement people?

As I said, I think it’s a great read, both enlightening and entertaining. I especially enjoyed the part whey they discuss the thoughts and feelings going into False Alarm.

Rather than pointing the finger at specific trends, or getting doom-and-gloom about the world we live in, the new record explores the “bizarre side of it and the absurdity,” he says. And the album’s off-kilter social commentary is channelled through shiny, funk-nodding pop; already found on singles Talk and Satellite.

Ever since Talk came out, and even more so since Satellite’s release, I’ve been feeling that False Alarm really fits in nicely with their three first albums, Tourist History being a fresh and neat debut album, Beacon being, as Alex said, a “safe” follow-up and Gameshow being, possibly intentionnaly, different and experimental. All three records are amazing and I have favourite songs off all of them, but I feel like with False Alarm, the band are simply and truly what they want, and as a fan, what more could we ask for?

In other news, the bands UK tour pre-sale tickets have sold out!

🚨UK TOUR PRE-SALE SOLD OUT🚨 Aww shucks guys. If you didn’t manage to get a ticket, general sale opens tomorrow, May 3rd at 9am BST!

You guys were, as always, great at getting in touch and letting us know what gigs you’re going to, so I can’t say I’m surprised.

I was able to get two for the Glasgow concert!

Best band – and fans! – ever.
General sale tickets go on sale tomorrow, so if you haven’t managed to get yours yet, tomorrow is your chance!

Until next time, basement peeps.