Basement people of the world, the boys are absolutely, most definitely, no doubt about it back.
As some of you know, I was lucky enough to see them last Sunday, and all I can say is what a show.

I’ve been a huge fan of Two Door since Tourist History came out in March 2010, and saw them live for the first time in October that year. I’ve been lucky enough to have seen them another seven times since then, last Sundays gig bringing my total to eight (for now!).

This site being almost five years old, a lot of you probably don’t know the full story about how it came to be.

In 2010, shortly after I discovered the band, I created three facebook fan pages, one for Alex, one for Kevin and one for Sam. I had no intention of making anything out of them, I just thought it would be a fun way to get to know the band better. In December 2010, realising that they had gathered quite a bunch of devoted people, we got together and made this masterpiece. The band saw it on Christmas day and shared it with the world, what an achievement!

Then in may 2011, we became basement people after I suggested we find a name for ourselves, again, with no real expectations, I simply wished to bring us closer together as an online community and have something specific to us. I knew even then that our relationship with the band was something special and unique.

The band noticed us, as many of you will remember, having spent hours on twitter trying to get their attention (and hours after that trying to get Sam to join in). Then a few days later we got a mention on BBC1; what was happening?! What started out as a simple fan page had somehow made it onto live radio!

Then, during the summer of 2011, the wonderful Joe Blakey asked me if I would like to make what we had even bigger, step up our game if I may say, and create an actual fansite. I had absolutely no experience in anything fansite related, but hey, we’d gotten this far. As you can obviously tell, I agreed, and here I am, almost five years later, as much of a fan I was back then, when I was 17 and updating three facebook fan pages.

Now, why am I telling you this you ask?

Well, to understand just how amazing last Sunday was, the whole backstory is quite important. Having been a fan for so long, having somehow contributed to creating what is in my humble opinion quite a fanbase, and having been so very lucky to have collaborated with many of you on various occasions over the past six years, I feel quite close to Two Door and to the basement people. Both have been such a huge part of my life, from discovering the band that changed my life forever, to meeting some of my best friends, and as cheesy as this may sound, I genuinely can’t imagine my life without any of it, the band, the site, and you, you the people who made this happen. And so I would like to thank every single one of you for your contribution, whether you’ve been with us from the start or are only just discovering the story of the basement people. We’re absolutely delighted to have you amongst us and can’t wait to hear from you.

Now, as for Sunday. Ah, Sunday..
Well, as you now know, I’d seen the band seven times before last week. I’d been to early Tourist History gigs, heard Handshake, Sleep Alone and Settle (which some of us used to know as This is Moon) live before they were released, been a part of the Beacon tour and have basically followed them around as much as possible (they keep me travelling, keep me travelling..). 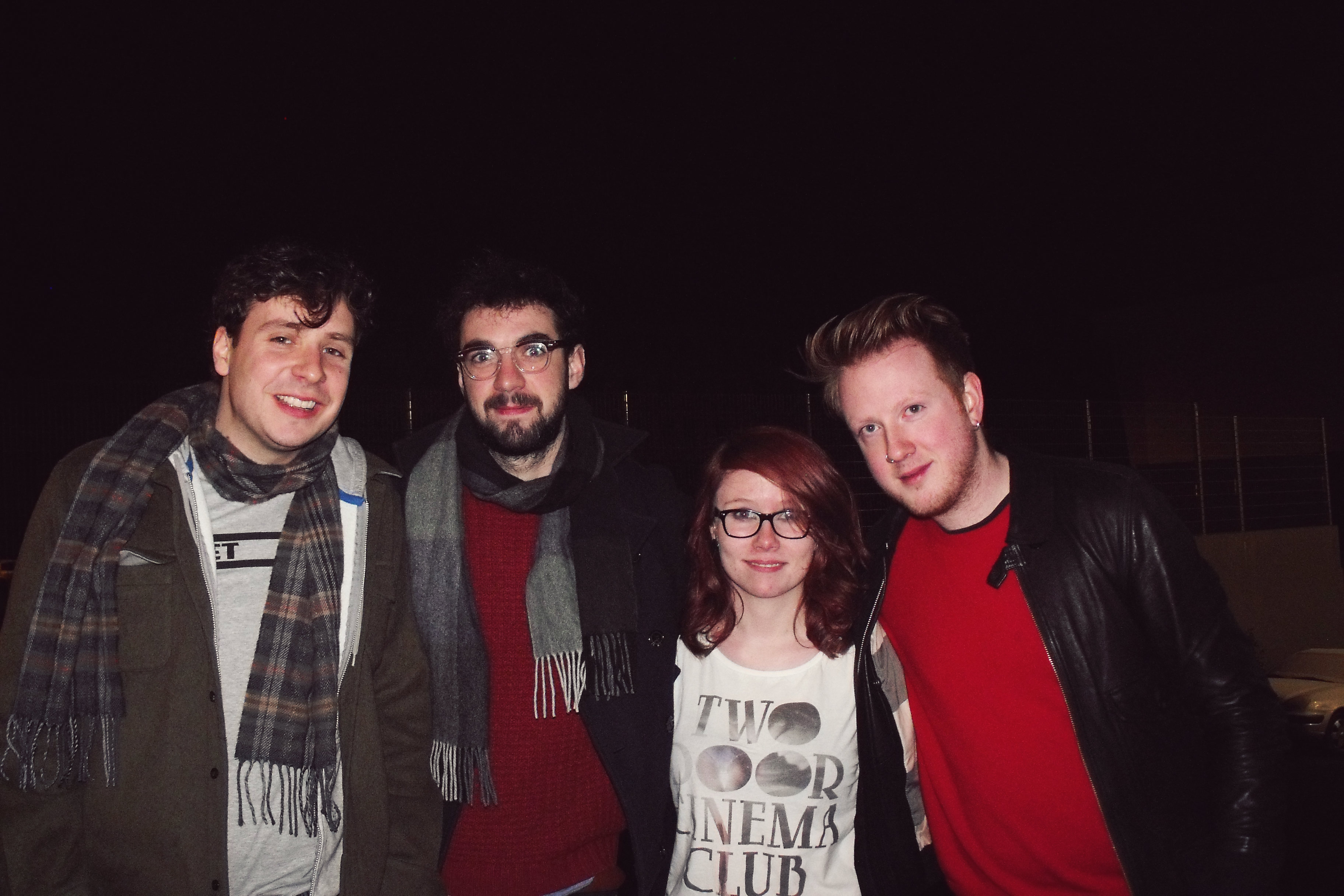 I’ve been through the many stages of Alex Trimble’s hair, have heard their perfect attempts at speaking french to a crowd and have been incredibly lucky to have them recognize me as well as acknowledge and support what we do on the site. I’ve been such a fan of Ben, the unofficial totally official in our hearts live member, and now get to see the band take on yet a new live member which I’m sure you will all love.
I’ve seen them grow as a band, be it their live performance, their presence on stage or their
contact with the crowd. I’d been waiting three years to see them again, three whole years without any concerts and hardly any news, sure you’ve been through it too you know how hard it has been. Having seen them before and knowing just how good of a show they can put on, my expectations were high, very high.

They lived up to absolutely every single one of them, and many, many more. They sounded incredible, my favourite part of their live shows forever being Ben’s drumming. Alex’s voice is as angelic as ever, he has gained so much in performance. Kevin and Sam were tour of dreams material as always, as for Jacob I was so happy to finally see him play with the band, he fitted in so well with them.
They didn’t play any new songs, and though I was hoping they would, it didn’t matter once I was there. I was happy enough to simply hear the songs I already knew so well all over again, somehow they made it sound like I was hearing them for the first time.
They also have a fantastic new light show which I was very impressed by, courtesy of Cassius Creative. I obviously do not know what is coming for us in album three, but from what I saw on Sunday it’s going to be huge. 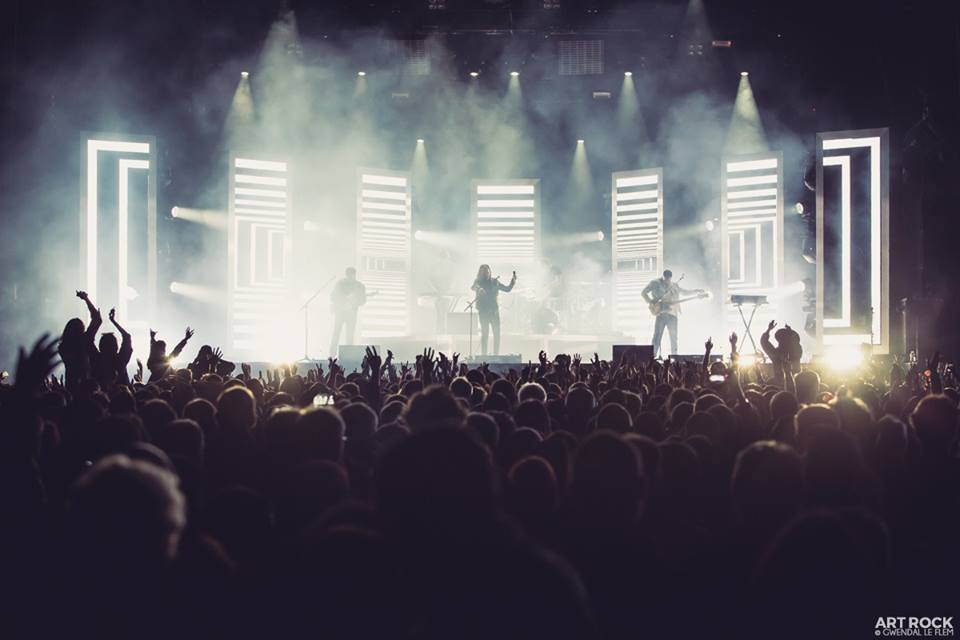 You’d think I should have known what to expect, having heard the same songs hundreds of times already, having seen them live many times, and yet always being amazed. You’d think after three years Tourist History and Beacon just wouldn’t be enough to fill the void they created after disappearing from the surface of the earth. It was more than enough, almost too much to cope with.
I did think for a while that, having met them on various occasions now and having them fully aware of my existence through the site, some of the Two Door novelty would be gone. I knew their shows would forever amaze me, but figured I wouldn’t be as dumbstruck as I was six years ago.
I couldn’t have been more wrong.
Six years down the line and they’re still Two Door Cinema Club, the band who changed and are forever changing my life.

Alex, Kevin, Sam – thank you so much for being such a wonderful band and such wonderful people. Talented and genuine, what more could a fanbase hope for.

As for you basement peeps still waiting for your next gig, three years is a long time, but trust me, it will be totally worth the wait.

Love to you all, keep being the wonderful people you are.
Saoirse.